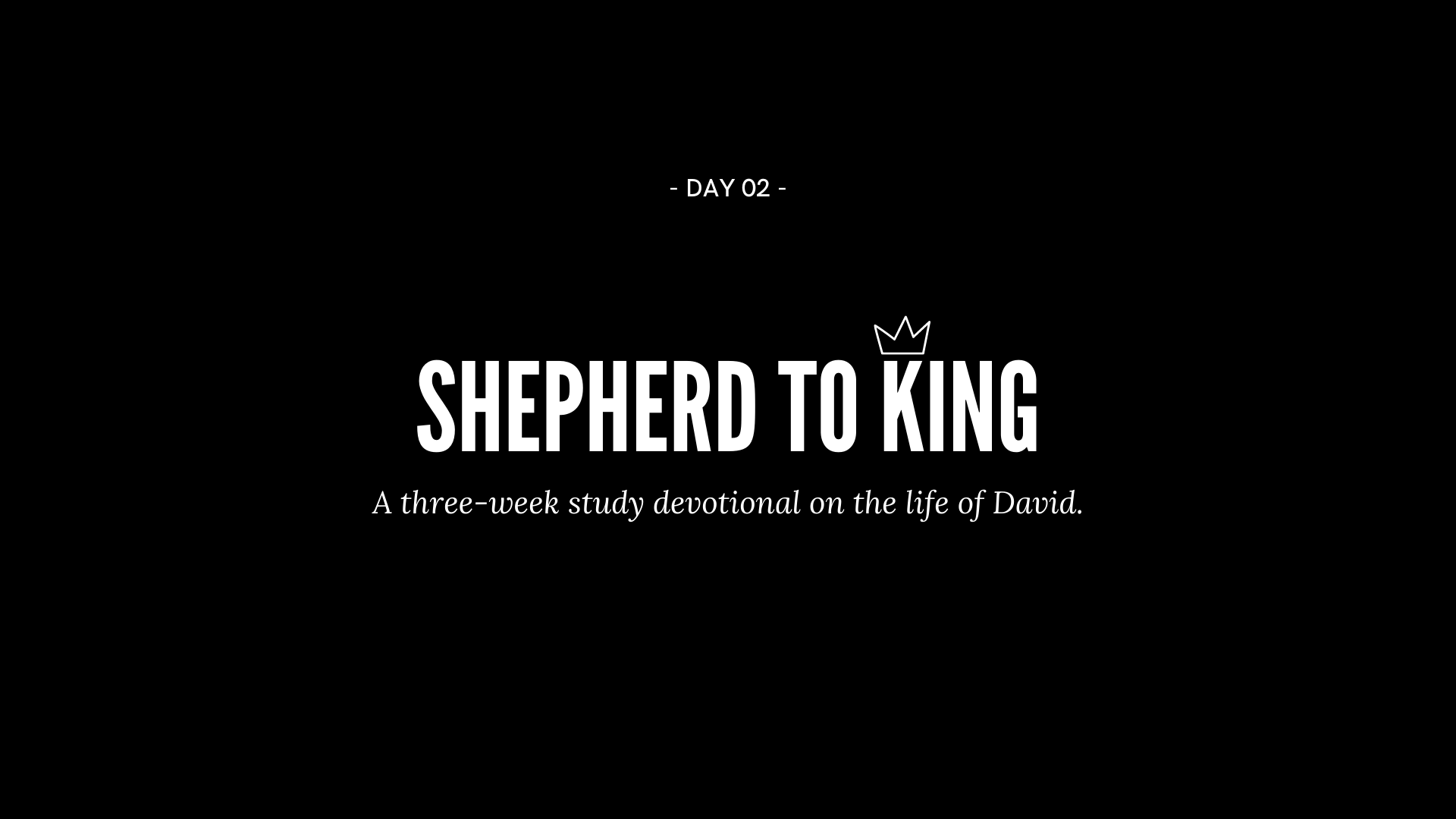 Posted at 00:00h in August/September 2022 Devotional by The Journey 9 Comments
10 Likes
Share

Scripture: 1 Samuel‬ 16:13‬-‭NLT- “So as David stood there among his brothers, Samuel took the flask of olive oil he had brought and anointed David with the oil. And the Spirit of the LORD came powerfully upon David from that day on. Then Samuel returned to Ramah.” ‭‭

Observation: In 1 Samuel 16, God tells Samuel to go find a man named Jesse because one of his sons is going to be the next King of Israel. This is where we are introduced to David, Jesse’s youngest son of eight and also a shepherd. Because of David’s age and job title, he seems an unlikely candidate to be the next king, but as we soon see, God has other plans.

Application: I turned forty this past November, so if I’m being honest, there is very little that I remember from the spring when I was twelve years old. But, I have one memory from that spring; unfortunately, it’s not the greatest.

What I vividly remember from Little League baseball tryouts that spring is that it was unseasonably cold. If you’ve played baseball or any outdoor sport, you know how difficult it can be when the temperature is cold. To top it off, I had not played baseball since I was five years old. Suffice it to say, my “audition” for the coaches was less than stellar. Based on that first impression, I doubt any coaches wanted to pick me for their team, but Little League rules state that all kids get to play. This didn’t change the fact that I was one of the last kids chosen for a team, and I spent a good portion of that first season sitting on the bench and playing undesirable positions.

I’m sure you can relate on some level, even if your interests were not sports related. Whether you were picked last for a team, passed over for a job, or told that you didn’t measure up to the task, you probably know how it feels to be overlooked. Chances are that David experienced some of those same feelings that you have.

Throughout the first eleven verses in 1 Samuel 16, we see Samuel ready to anoint David’s older brother, Eliab, as the next king. David’s own father, Jesse, treats David as a complete afterthought, and maybe he was. David was the youngest son of eight and was working in the field as a shepherd, so in a sense it’s natural that he was an afterthought. Regardless of the circumstances, I can imagine David feeling snubbed. The good news is that neither Samuel nor Jesse had any say over David’s legacy because God had already chosen him!

After that first year back in baseball, I had some solid seasons and even made a few all-star teams. Many coaches even considered me one of my league’s better players. People’s opinions about me that day at tryouts did not accurately depict reality. Similarly, Samuel and Jesse’s shortsightedness did not halt what God had planned for David’s life.

Wherever you are in your faith, know that God has good plans for your life (Jer. 29:11). If you find yourself surrounded by negative people who don’t support you with godly encouragement and advice, then find a J-Group to join. If your mornings are filled with doubt and seem bleak, start your day by reading this devotional during your “Slot & Spot.” Remember that God is willing and able to do all things and that above all else, he has chosen you for more than you could ever imagine.

Tom has been gathering at The Journey with his beautiful wife and two amazing sons since 2016. Once Tom became involved in a J-Group and started serving on the J-Team, he began to see how all of the gathering, serving, and connecting pieces fit together. Tom is incredibly grateful for the many opportunities that The Journey has given him to grow closer to Jesus.