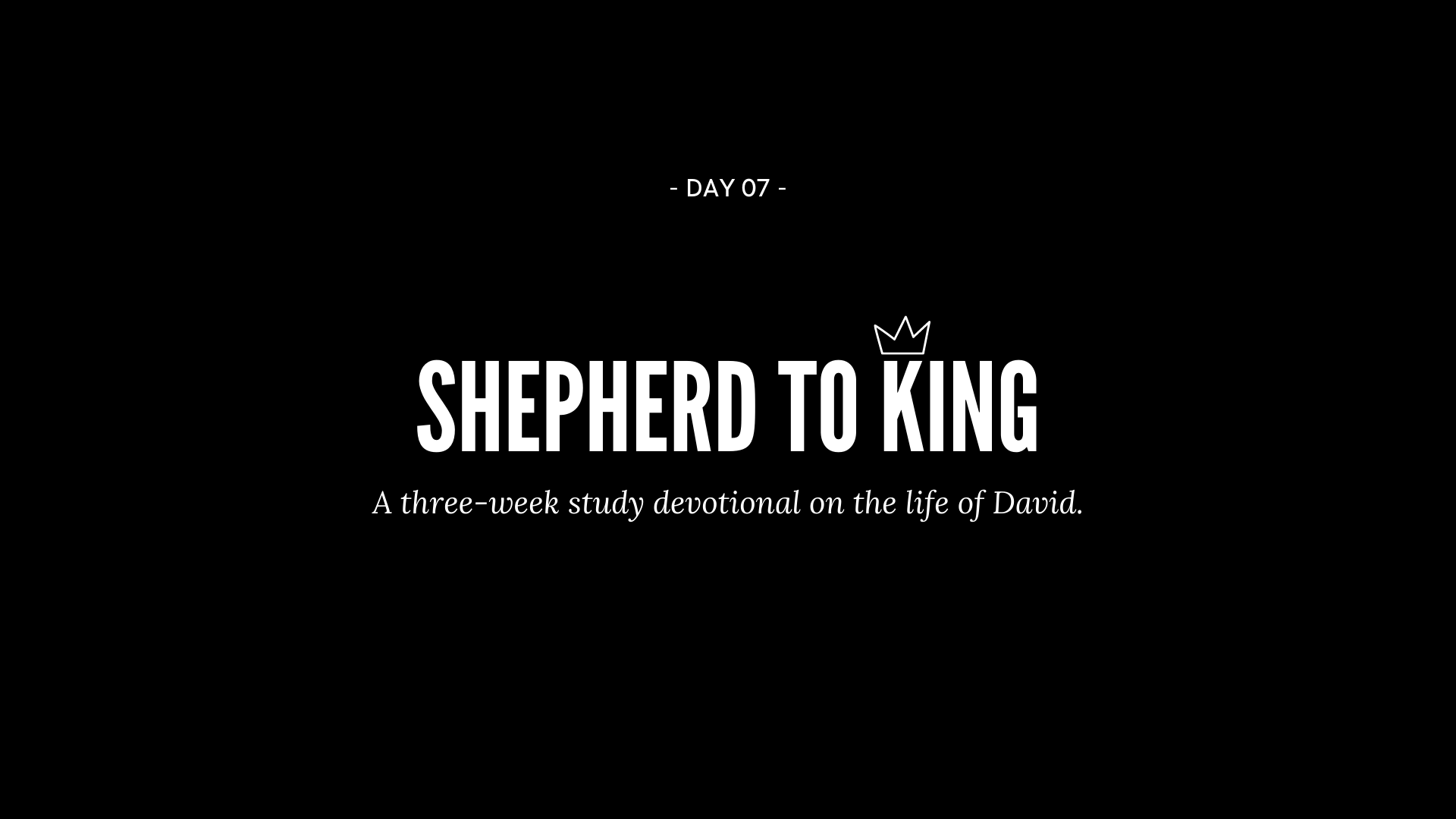 Posted at 00:00h in August/September 2022 Devotional by The Journey 4 Comments
3 Likes
Share

Scripture: 1 Samuel 17:48-51-NLT-  “As Goliath moved closer to attack, David quickly ran out to meet him. Reaching into his shepherd’s bag and taking out a stone, he handled it with his sling and hit the Philistine in the forehead. The stone sank in, and Goliath stumbled and fell down on the ground. So David triumphed over the Philistine with only a sling and a stone, for he had no sword. Then David ran over and pulled Goliath’s sword from its sheath. David used it to kill him and cut off his head.”

Observation: In the story of David and Goliath, David was the shepherd of his father’s sheep, and Goliath was the giant from the Philistines that every one of the Israelites feared. In fact, King Saul offered a reward for any man that could kill the giant. While everyone was scared, David had no fear of the giant that stood before him and offered to kill the giant himself, yet no one believed he could do it.

Application: Have you ever been to an amusement park and waited in a huge line, calm and relaxed? Yet, as soon as you got in view of the roller coaster or you could hear other people’s screams of excitement coming from the ride, your heart started to race and you thought, “Maybe I’ll just skip out on this ride…”

I certainly am that type of person. In fact, I remember one time in my life when my family and friends went to Hersheypark for my twelfth birthday. The whole time I couldn’t ride any big roller coasters until it was about time to leave, and my whole family convinced me to ride a simple roller coaster with them to end the trip. At first, I was fine. In fact, I got all the way on the ride and buckled in. When the workers were about to press the button to start the ride, I screamed and had them take me out. As I watched my family have fun, I was filled with so much sadness and defeat.

When looking at David in the battle with Goliath, David ran toward Goliath to fight with no means of protection except for three single stones and the power of God. Instead of running away or being afraid of the giant that came before him, he ran toward Goliath with no hesitation and began to fight the battle he knew he could win due to the Lord being with him.

As the story continues, David trusted in the Lord and believed that any battle given to God will receive victory, for God never fails. David knew that by himself, he was unqualified to fight Goliath. Goliath was bigger and stronger than David, but with the power of God, David needed no shield or armor. All he needed was belief that God would claim success over the battle.

We might not be fighting a physical battle with a giant, but we all have our own personal roller coasters, just like I did. On that day of my twelfth birthday, the roller coaster looked too big or too fast for me to conquer, so I ran away, not toward. David didn’t hesitate and neither should we. No battle is too big or too strong for us to conquer when God is on our side. So whether you are dealing with anxiety, depression, addiction, or whatever the case may be, run to God with your battles and fight them head on. God sees our victory before we even see the battle itself, so trust in God and he will not fail you. The Lord will give you your own stones to sling at the giant in your life that will lead you to victory. Don’t be scared of the giant, but have faith and trust that God will give you victory at the end of the fight just as he did David.

Prayer:  Dear Heavenly Father, I pray over the battles in my life. I bring them to you, Lord. I know that I alone am not qualified to defeat these giants in my life, but I know you will claim victory over them. I may not see it now, but I trust and believe that you will guide me and equip me with the stones I need to fight this battle just as you did for David with Goliath. Though it may not be easy, I pray for peace and healing over this battle. I will no longer run away from this, Lord, but I will run toward it with you, as I already am standing in victory when you are by my side. I thank you for all you’ve done in my life and all you continue to do. In Jesus’ name, I pray. Amen.

Haley Owen has been attending The Journey for four years. She serves on the Worship Team, Social Media Team, and is new to the Communications Team. She is also a Team Leader on the Worship Team for Journey Students as well as for TikTok, reels, and short-form video posting.